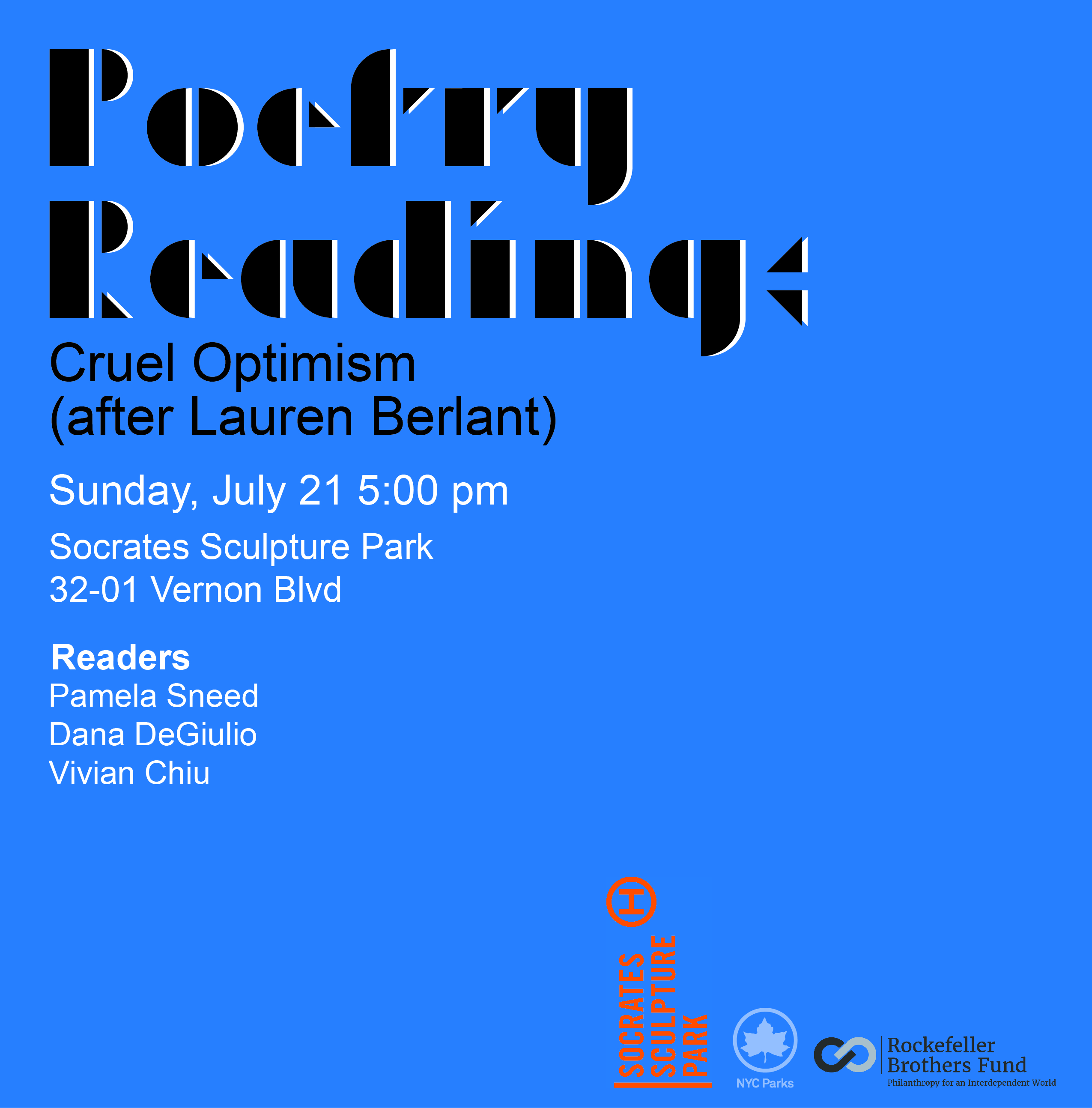 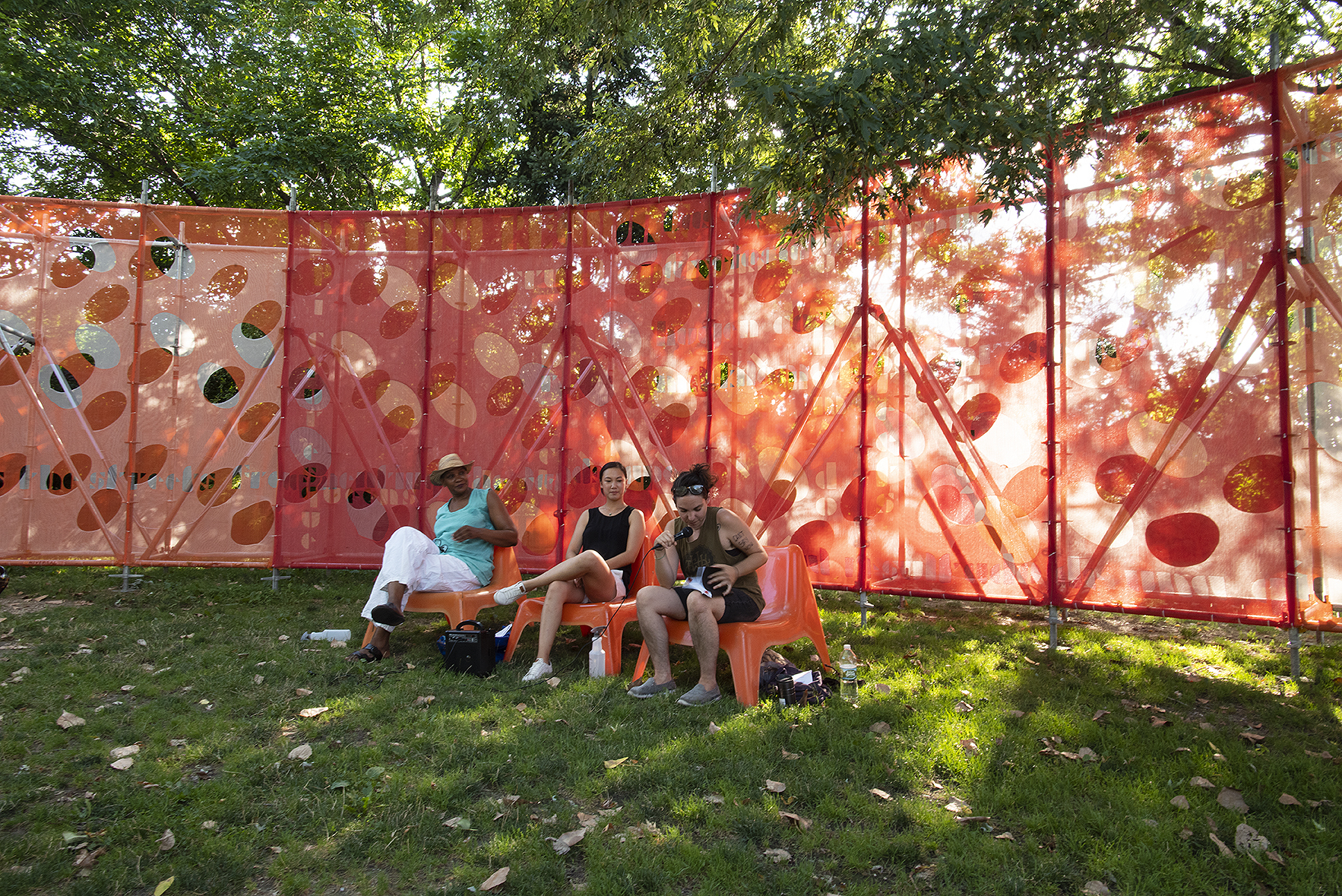 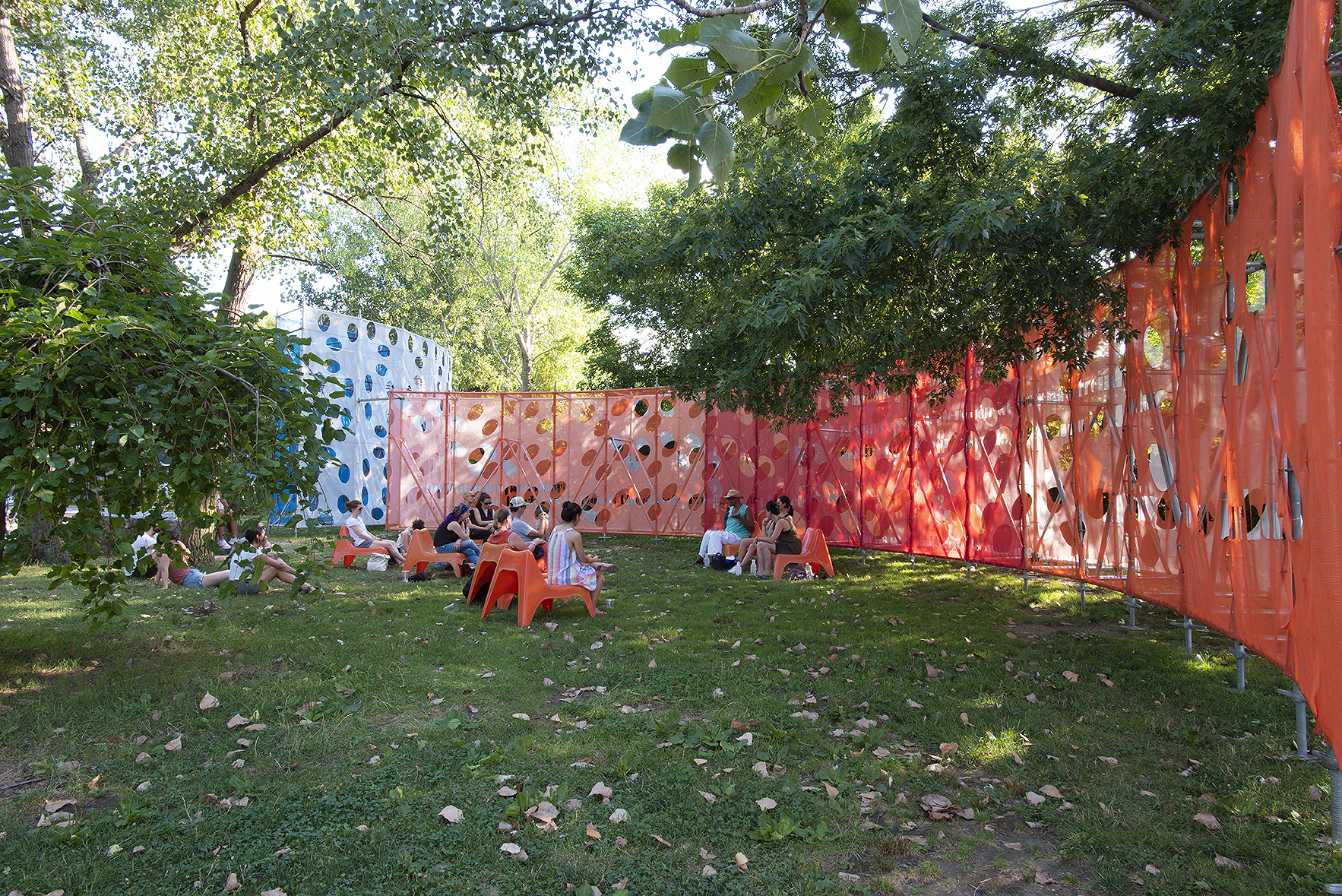 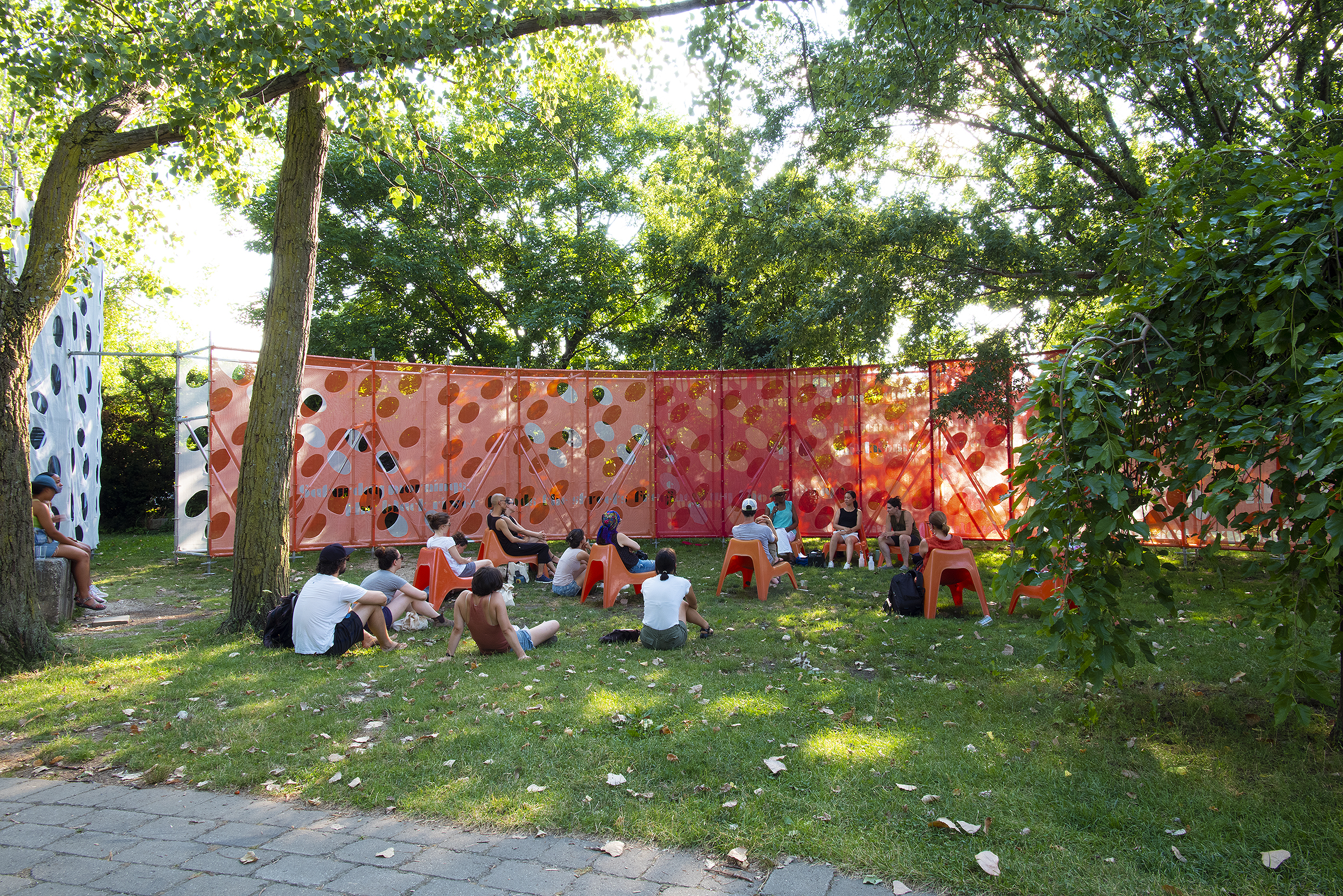 At the end of every holocaust film I’ve seen and there
are not that many
they show real life survivors and the lines are
Never Again
and some of us like me/stare into these films
down the long tunnels of history
wondering how it could have ever happened at all
that a leader and his minions could be so toxic, poisonous
you’d turn against your neighbors
and you could be so oblivious, brainwashed, scared
desperate to be superior or to survive
you’d do anything-or almost.
They say never again
but it is again
as I look at the deportations
round ups
I’m reminded of Idi Amin when he cast out foreigners
and Forest Whitaker in the film The Last King of Scotland/when he played him.
And to see it is again
at rallies, at protests, they show the coat hangers and crude instruments
women were forced to use in back alley abortions
We say never again but taking away women’s choice
and planned parenthood it is again.
Today started out in an argument with a so called fan
who didn’t understand why I mentioned race so much in my new book
and that white man is not the first/a black woman
asked too.
I wanted to scream HELLO haven’t you seen the news
Didn’t you see what happened to Stephon Clark
unarmed and shot in the back six times by police
And no one even cares what happens to women/
Black lesbians or lesbians of color
There’s no public outcry.
A student once wrote to me in an academic paper
that a parent forced her to stop playing sports
because they said sports made her more of a dyke
It murdered my student inside because she was an athlete
Yeah so the white guy I argued with about my book
said he was just giving me some good advice
from his experience as an empath
I said I don’t need your advice
I have reasons for talking about race and gender in the interpersonal
He said he was just trying to help me.
I’ll offer this non-sequitur
Winnie Mandela died a few weeks ago
She had great impact on me
I read she was nobility
But then of course the difference between her and say how Princess Diana was treated
Everyone accepted and loved Diana’s silent/passive status
She was allowed to be gorgeous
No one ever associated her with that dirty colonial stain
There are moments in that recent Winnie Mandela doc that stand out to me
where she buried her face in her hands and screamed out
I’ve been betrayed/the other moment
was when she said she was the only ANC member
brought to TRC and made to testify
Also that Nelson Mandela forgave a nation
But he could never forgive her.
I think what was done to Winnie
is also done to other Black women and working artists
Black women fighting to give language/resistance
but it only matters when a celebrity says or does it.
At Cape Coast Castle in Ghana after you’ve passed
the door of no return
there is a plaque donated to the Castle by Black tribal elders/it reads:
May we never sell ourselves into slavery again…
But it is Again.

Excerpts from Nefertiti for the blind
A perlocutionary act is an utterance taken at the level of its consequences.
Yelling fire! in a crowd is illegal because the word instantiates alarm even
if there’s no fire and you only meant to help. Saying Here produces the
feeling of Gone like the index of a moving body marking a surface says
Now and means Was. The Louvre previously held lepers and dogs and art
is just the same grief bounding after you day after day, bringing you its
wet toy.
Anything held still is an excerpt; the exposed rebar of syntax or a comma,
put to help you breathe.

Warm gray morning, black SUV, white belly of goose, brake light, bright
wet guts blew up all over the street. Feathers, steam. Are any of these the
words we know.
Underbelly they say, foot pushed up against wet sand. You point this out in
bright sun. That the eyelid protects the aqueous body from the introduction
of hostile particles but not from having seen. Newton, having nobody else
to look to, stuck a needle into his own eye to see if blindspots were actual
material.
The black marks on the concrete are spit.
There are reports of seismic pressure straining the ankles of the David.
The gulls are begging.
The ear is open.
You can’t help it.

A human kleenex box, tits like a billboard all night mouthing Erase me,
all of it, no use for these stragglers, sick and sluggish, limping their armor
back over the hill in regular light to assemble expertly into a name and
drop like a roach onto the neck of another woman who gets up but not to
go. Sympathy used otherwise only for the back of protest signs: duct-tape,
yardstick, woman at window, light pencil-grid but the spacing was off, the
glitter too much, all the things you wake up just to fear, are any of these
the worst days of the century.

Growing up Chinese in Hong Kong, I prided myself in knowing how to eat a fish. We were trained to be specialists who know how to suck on the bones for all the meat and skin and spit out what our body cant take. To scour, not as a need but a want, because the body of the fish is not the most delicious part.
For me its the tail and the spine
Not many know how much meat is tucked between the spinal bones of the fish.
Not many know how to slurp and suck the meat out, without getting a bone stuck in your throat.
For my mother, her favorite part of the fish is the head
The older generation usually gets the privilege of eating this part first.
We all know that the fish cheek has the softest, smoothest flesh of the fish, but not many know there is more meat in the face, inside the gills, behind the eyes.
We were given the map of these places as children, our tongues and teeth the chisels and mallets used to separate skin from meat from bone.
We do all of this dissection without flipping the fish over.
It is a superstition in chinese culture that when you flip a fish, you are casting ill fortune on the fishing boats that provided for us.
We follow these rules even though we ourselves did not come from a famishing family.

The fish comes to us on a wheeled cart
Aluminium, modern, sterile
I forget what kind of fish it was but it smelled like the ones we eat at home everyday
Just a little off
As if the herbs that were sprinkled all around it were from
The wrong garden
The wrong market
The wrong hands

My mother interrupted him to ask
“Actually can we keep that plate?”
Immediately after placing it in front of her she forgets that knives and forks even exist
Picking up the fish head with her hands to eat it
Slurping
loudly
Spitting out bone after bone after her mouth had scrubbed it of its meat
you didnt even know fish had
Piling up on her plate like a mountain

I wonder if we taste fish differently because we are eating so much more
Like reading a book but instead of reading the words
Were absorbing the ink, the pages, the paper, the glue, the binding, the colors of the cover
And then everything else in between